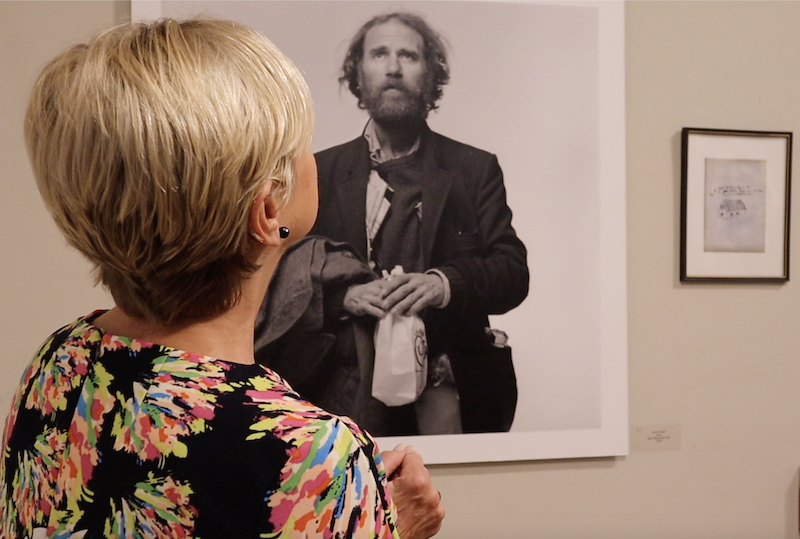 A collaboration among the Quinlan Arts Center, Georgia Mountain Food Bank and The John Jarrard foundation kicked-off hunger action month with the opening of the “Still Hungry in America” exhibit Thursday.

“If you’re having financial problems, you can’t find a job or there is just some crazy situation going on in your home, you just need hope,” Blackstock said.

The annual movement has a series of events between August and the beginning of October, some of which have reoccurred for several years, like the Empty Bowl Luncheon, a signature fundraiser for the cause. This year, the luncheon will take place at the new Lanier Technical College campus and will accommodate nearly 1,000 people.

A new element of the cause is the “Still Hungry in America” exhibit which showcases a collection of award-winning photography by the late Al Clayton. Clayton travelled the deep south in the 1960s and captured people living in poverty to shed light on those who struggled to find their next meal while faced with other life challenges.

“He was always trying to show some social injustice that he felt was going on and he showed it through his pictures to maybe raise awareness for something that he was passionate about,” Jennie Clayton, Al Clayton’s daughter, said.

Clayton’s work was compiled in a book published in 1969, but the book has been re-published with a new foreword written by Dr. Thomas Ward, Jr., a historian who analyzes food insecurity in today’s society and the American diet.

“I was very honored to do it, [the book] fits very much into what I do and what I talk about, especially with the connection between what was going on 50 years ago and what’s going on today,” Ward said.

Ward was the guest speaker at the kick-off on Thursday at the Quinlan Arts Center, where Clayton’s work can be viewed until Oct. 5.

See the list below for the events scheduled for this year’s hunger action month.