Series of events planned in Gainesville to draw attention to hunger 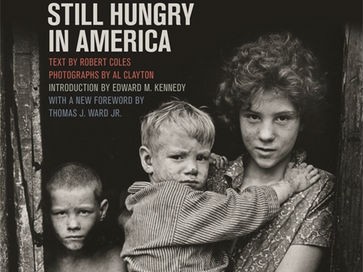 What do you imagine when you picture the faces of hunger?

Photographer Al Clayton did not have to imagine. He saw the faces of hunger in the subjects of his photos, now part of an exhibit “Still Hungry in America,” which will be on display at Gainesville’s Quinlan Arts Center August 16 – October 5. In the summer of 1967, Clayton began documenting the desperate lives of America’s poor and hungry to raise awareness and evoke action.

Today, his daughter Jennie continues this mission, demonstrating through photography that hunger has many faces, and they could look like the neighbor next door. Spanning fifty years, this project reveals that stories of hunger are real. And they exist in every community, even where you might least expect it.

A diverse group of community partners is coming together to create awareness around Still Hungry in America and the collection of Al Clayton’s work coming to Gainesville’s Quinlan Arts Center in the Green Street Gallery, August 15-October 5.

In addition, a series of events is planned around this exhibit and September’s “Hunger Action Month.”